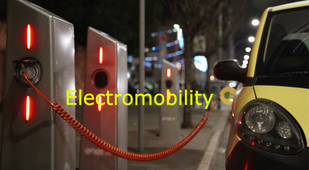 ​​If you don’t drive an electric vehicle (EV) yet, you probably will soon. With more and more automakers going green, producing new EVs that promise greater performance and increased driving range, your next truck, sports car or crossover sport utility vehicle, is likely to be electric.  But there’s a catch to this bold new world of EVs. For every new EV that rolls off a manufacturing assembly line, there is a new EV battery that can’t be recycled.  That may not seem like such a big deal right now but if you live in a state like Washington, which is going mobile electric, there are hidden costs to EVs that don’t always make headlines.  Here’s what you should know. 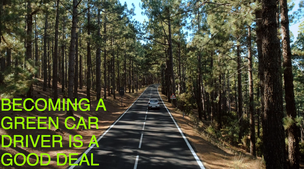 ​The future of transportation in Washington state is Electromobility, a statewide initiative designed to reduce carbon gas emissions and fossil fuel dependency by promoting clean energy transportation technologies like electric vehicles (EVs).   As part of a new state clean energy bill to support carbon-neutral electricity, Washington wants to register 50,000 plug-in electric vehicles by next year. Only 3.06% of all statewide car sales in 2018 were EVs, according to Auto Alliance, a trade group of automobile manufacturers.  To help encourage more EV sales, new financial incentives are being offered by the Washington State Department of Commerce, including a retail sales tax exemption for new, leased or used EVs beginning in August 2019. That is on top of a federal tax credit for electric vehicles that began in 2010. “Washington is committed to leading the way to a low-carbon future, so reducing climate impacts from the state’s transportation sector – the largest emitter of greenhouse gases – is crucial,” says Dr. Lisa Brown, Director of the Washington Department of Commerce. “Because the electric vehicle market is still in early stages of growth, ongoing and creative use of tax incentives helps increase adoption of EVs and propel important market transformations. For example, this is the first time purchases of used EVs will qualify for the sales and use tax incentives, making these clean vehicles more accessible to a wider population,” she adds.  Local residents can expect a rebate of $2,500 on new electric vehicles under $45,000 and $1,600 on the purchase of used EVs under $30,000. 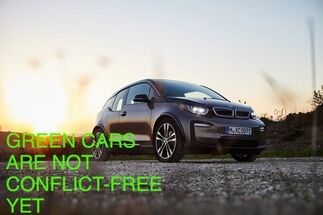 But pushing for more eco-friendly cars to build a more carbon neutral future is complicated by a shortage of materials to build them.  Electric vehicles, like smart phones and computers, wind turbines, solar panels, even military jets, are made with critical materials, a group of 35 high value imported minerals that are vulnerable to supply chain disruptions.  Included in that group are 17 rare earth elements (REE), unique metals that are difficult to mine and costly to extract from rock. Most electric vehicles have rare earth magnets in the motor and critical materials like cobalt and lithium in the battery pack.

U.S. Geological surveys show rare earth elements and critical material reserves around the U.S., but mining and processing them can be expensive and complicated by environmental and safety issues. Around the world, rare earth mining operations have come under scrutiny for damage to the environment and human rights violations, leaving American companies scrambling to source conflict-free minerals as required under a federal law passed in 2010.  Also contributing to an unstable minerals market are fluctuating mineral prices and an ongoing U.S. trade war with China, the world’s largest supplier of rare earth minerals. Under an executive order in 2017, the Trump administration called for a new federal strategy to make the country’s economy and national defense more secure by ‘ensuring a reliable supply of critical materials’.  Multiple federal agencies are now working on different ways to solve the shortage with some exploring untapped domestic reserves for mining, while others are using scientific discovery to not only find new alternative materials but also develop better recycling and reprocessing technologies to reclaim valuable metals in discarded consumer products. 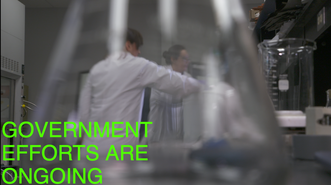 Since 2013, The U.S. Department of Energy has been working on a way to find a domestic solution to the critical materials shortage through its Critical Materials Institute (CMI), located at the Ames National Laboratory in Iowa.  The program partners with four federal labs, six universities and various private sector companies to extract critical materials from unconventional sources and reclaim metals from mineral-rich electronic waste.  "CMI is excited to work with partners to create sustainable technology solutions for using critical materials wisely, from conserving existing resources to reusing and recycling critical materials and the products in which they are used,” explains Dr. Chris Haase, Director of CMI.

Washington state began its own efforts to address the shortage of rare earths and other critical materials back in 2015 when the legislature established the Joint Center for Deployment & Research in Earth Abundant Materials (JCDREAM).  Washington State University leads the advanced materials research collaborative which includes the University of Washington, Western Washington University, Pacific Northwest National Laboratory and several other colleges and universities. JCDREAM is working to accelerate the development of next-generation clean energy and transportation technologies.  But, with increasing demand for critical materials, especially in states like Washington, where electrification of the transportation system will include cars, buses, ferries, and maybe even planes, figuring out how to recycle and re-use electric batteries will be key to building a greener, cleaner, carbon -neutral future. And, while the technology to recycle EV batteries is advancing, the bigger issue is how to commercialize the process and create a circular economy, a new way of doing business that eliminates waste through recycling, and creates a closed-loop, renewable and sustainable supply chain of resources. “The low cost of ownership for EVs coupled with the fact that solar is now cheaper to deploy than most fossil fuels makes renewable-based electric mobility almost inevitable, says Dr. Aaron Feaver, Director of JCDREAM. “ However, we don’t want to replace the geopolitics and environmental issues surrounding fossil fuels with a new set of problems.  We are still early in the process of electrifying our transportation sector and now is the time to ensure that this burgeoning industry and its raw material supply chain are truly sustainable,” he adds.

An example of how this might work is just over the U.S. Canadian border, where a former mining company is working to create a circular economy for expired electric vehicle batteries, funded in part by the U.S. Department of Energy.  American Manganese Inc. has advanced a new scientific process to extract valuable metals, also called cathode materials, from spent lithium-ion batteries. “We’re urban miners,” explains Larry Reaugh, CEO of the company, “there are two million electric vehicles out there now, about a hundred thousand of them are reaching the end of life each year.”  While there are many challenges ahead for increasing domestic supplies of critical materials, notes Dr. Haase of CMI, there are also many promising solutions being developed both in DOE labs and with private industry partners. “By working as a single team at the earliest stages of technology with industry leaders like American Manganese, CMI can deliver economically relevant and environmentally responsible options for a future circular economy,” he said.
DOE supplies disassembled EV batteries to the company’s lab, Kemetco Research, which uses a chemical process to extract valuable metals from the used batteries. “We’re dissolving all the active materials into a liquid form and then we’re converting that liquid form into powders,” says Norm Chow, a metallurgic engineer and the inventor of the patented technology. From powder, the lab is recovering 99% pure NMC (lithium-nickel-manganese-cobalt) and NCA (lithium, nickel-cobalt-aluminum) from each EV battery, enough recycled cathode material to build a new EV battery.   Reaugh says the next step for his company is to build a commercial plant. “The interest we’re getting from all over the world is telling me that people are getting pressured to do something about the disposal of the lithium-ion batteries,” he said.